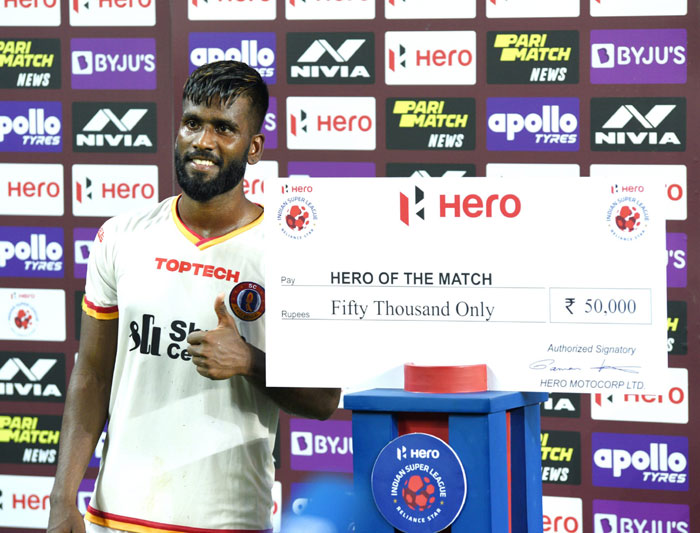 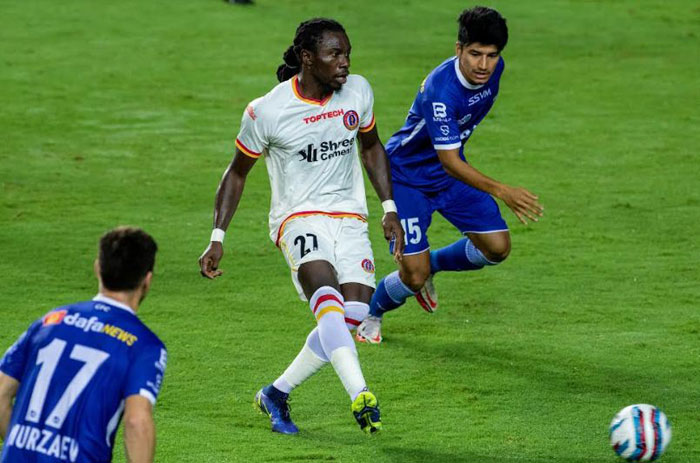 It was a night of missed chances but Chennaiyin FC would have felt hard done by as they featured in a goalless draw with SC East Bengal in the 2021-22 Hero Indian Super League (ISL) at the Tilak Maidan Stadium in Vasco on Friday.

Chennaiyin now sit on top of the table with 7 points. SC East Bengal after back-to-back heavy defeats found some solace, placed 9th with a couple of points. SC East Bengal made a host of changes after their defeat in the goalfest against Odisha. Daniel Chima Chukwu and Amarjit Singh Kiyam were handed their first starts.

Suvam Sen, still filling in for the injured Arindam Bhattacharja, kept the Kolkata side in the game early on. First Mirlan Murzaev tested him from point blank range before Lallianzuala Chhangte shot straight at the goalkeeper. Chennaiyin dominated proceedings as Amir Dervisevic almost scored an own goal in the 25th minute. The Slovenian, in an attempt to intercept a low cross from Chhangte deflected it towards his own goal, but luckily brushed the side-netting. 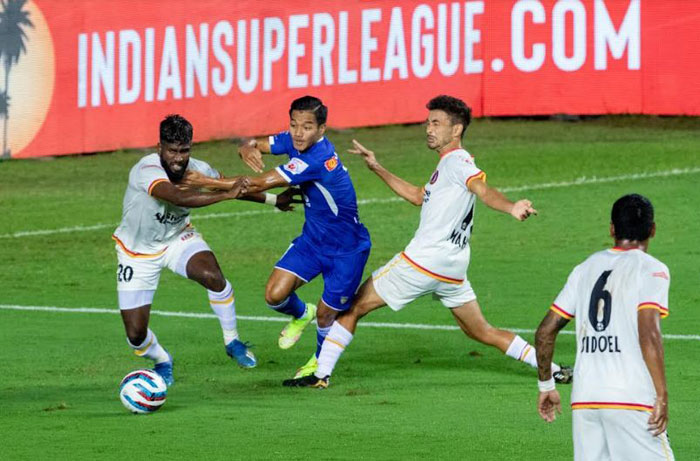 While there was a flurry of half-chances, neither side looked promising enough to break the deadlock before the break. Seasoned campaigners Adil Khan and Raju Gaikwad were brought in after the change of ends. Despite that, SC East Bengal's defensive frailties were apparent. Suvam reduced again with a great fist on Koman's incoming ball. Chhangte shot the loose ball but his attempt was blocked, five minutes in the second half.

Chennaiyin, who have been scarce but clinical this season so far showed glimpses of the old as the finishing abilities suddenly when missing. Captain Thapa had found Jerry on the through as the full back flung a wild shot. Ariel Borysiuk, the Polish international had a shot after Koman and Chhangte's one-two from a corner kick but the attempt was blocked by Tomislav Mrcela. 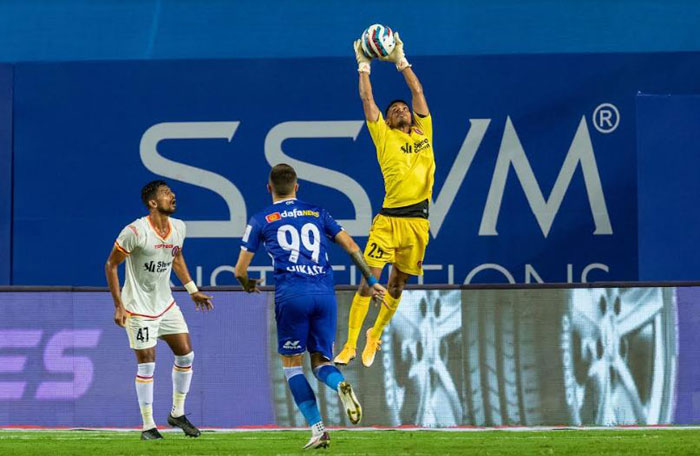 The Red and Golds in the final quarter of the match had a few opportunities themselves. Chukwu first released a weak shot on target before Raju, who connected from a Dervisevic corner headed it, only to bounce and nestle into the 'keeper's gloves.

SC East Bengal got their final chance with back-to-back spot kicks in the final minute but the night's trend continued as both were wasted to the comfort of Chennaiyin FC. 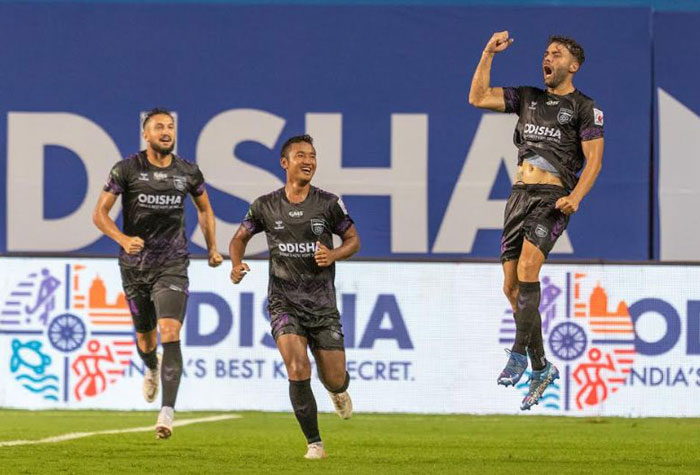 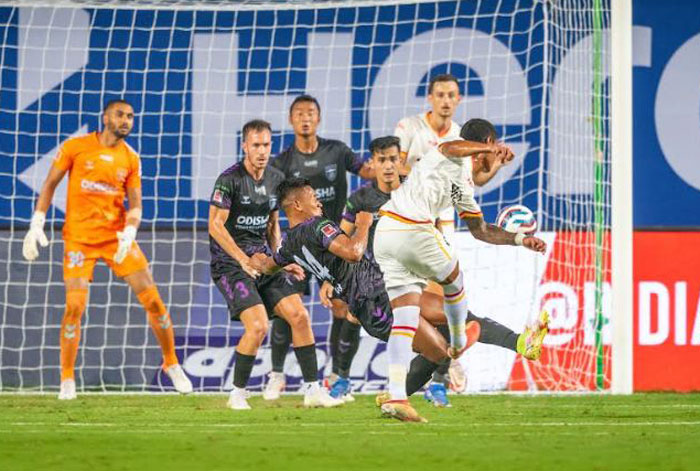 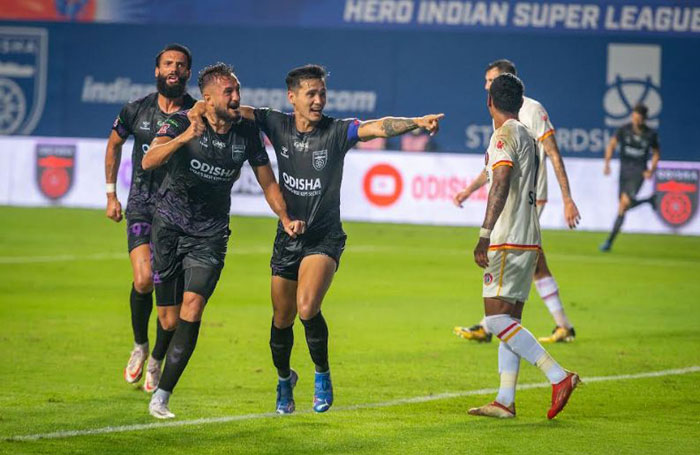 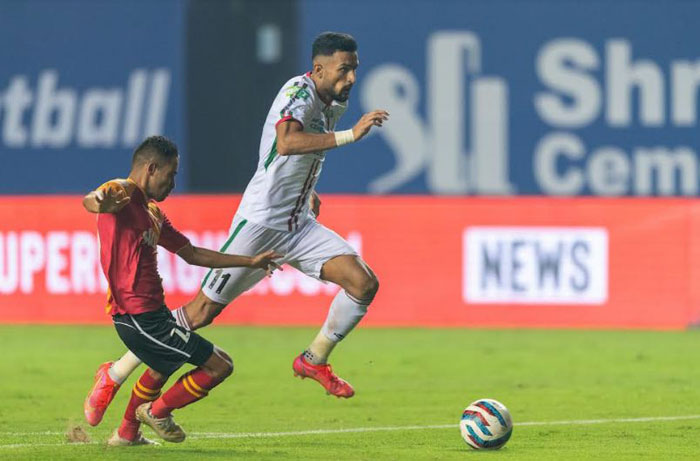 FULL TIME: SC EAST BENGAL 0-3 ATK MOHUN BAGAN
90+3': Referee blew the final whistle.
90+2': Chance for ATKMB.....Willams shoots wide of a pass from Manvir.
90': 3 minutes added time.
88': Rafiq's header of a corner from Amir went wide.
87': REPLACEMENT ATKMB: Deepak out, Ausotosh out.
86': A good work by Adil, tackels Krishna in time and cleared the ball.
84': A cross from Bikash from the left but Cheema header went wide.
82': YELLOW CARD to Perisovic, for arguing with the Referee.
80': A wrong pass by amirfinds Krishna in the way but Amir came back from behind to save th situation.
76': REPLACEMENT ATKMB: Prabir in, Liston out.
75': SC EAST BENGAL 0-3 ATK MOHUN BAGAN
74': SCEB are yet to create a positive chance, had some moves but failed to create any impact in ATKMB defense.
71': Perisovic failed to control a pass from Rafiq, ball went over the goal line.
67': REPLACEMENT ATKMB: Willams in , Boumous out. 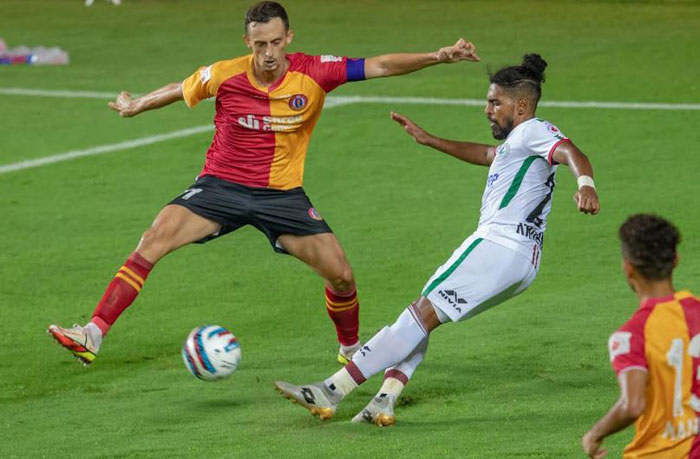 66': Cheema unable to control a pass from Amir, ball cleared by Subhasish.
64': Subham saved again......came out in time and denied Krishna.
63': ATKMB are in complete command, SCEB had some rare moves in the second session.
60': SC EAST BENGAL 0-3 ATK MOHUN BAGAN
59': REPLACEMENT SCEB: Cheema in, Sidoel out.
58': Manvir's shot of a pass from Boumosus missed the target.
56': A save by Subham....he came out in time to save a goal denied Joni. Joni wasc about to push the ball in goal of a pass from Krishna.
54':