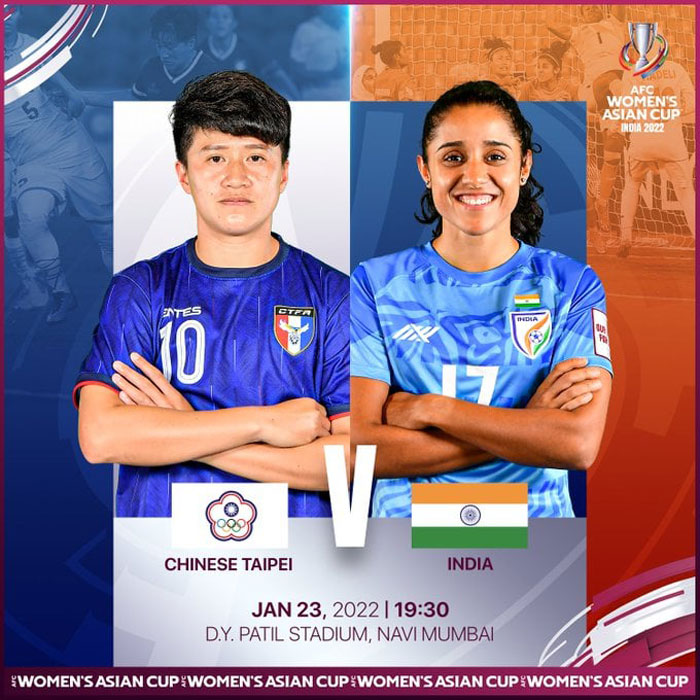 Following several positive cases of COVID-19, India failed to name the required minimum of 13 players for the Group A match against Chinese Taipei. In accordance with Article 4.1 of the ‘Special Rules Applicable to AFC Competitions during the COVID-19 pandemic’ (Special Rules), India was therefore unable to participate in the match and the full provisions of Article 4.1 will apply.

Further, the inability of India to participate in the match also triggers Article 6 of the AFC Women’s Asian Cup India 2022™ regulations. The AFC Women’s Asian Cup India 2022™ will continue to be played as scheduled with the Group winners, runners-up and the two best third-placed teams qualifying to the Quarter-finals.The matter will now be referred to the relevant AFC Committee(s) in accordance with the applicable regulations.

The AFC has maintained an open line of communication with the teams and participating Member Associations throughout the competition to deal with all their concerns and enquiries in a timely manner.

The AFC Medical Team continues to work closely with the Local Organising Committee and the AIFF to prioritise the health and wellbeing of the teams, officials and stakeholders. Appropriate medical care is being provided to the infected players and the AFC wishes them a full and speedy recovery. 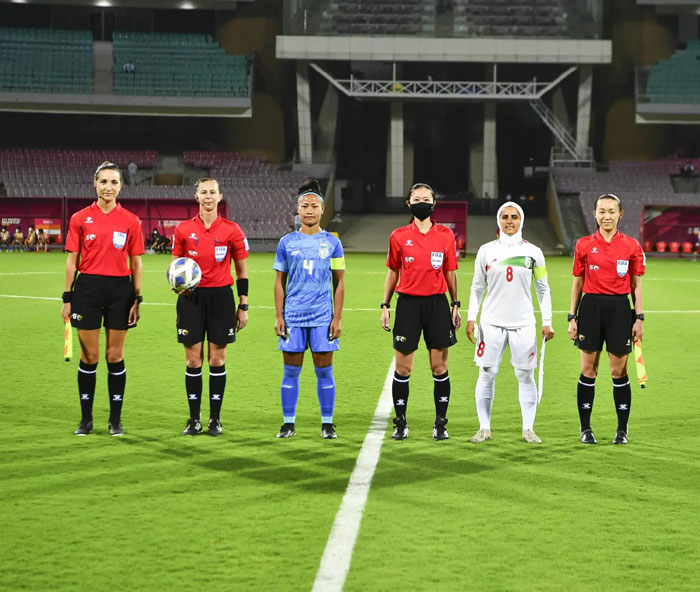 Dominant Blue Tigresses created chances in each half but were unable to finish it off as they were held to a goalless draw by IR Iran in their AFC Women’s Asian Cup opener at the DY Patil Stadium in Navi Mumbai on Thursday (January 20, 2022). India next play Chinese Taipei in a crucial encounter on January 23. 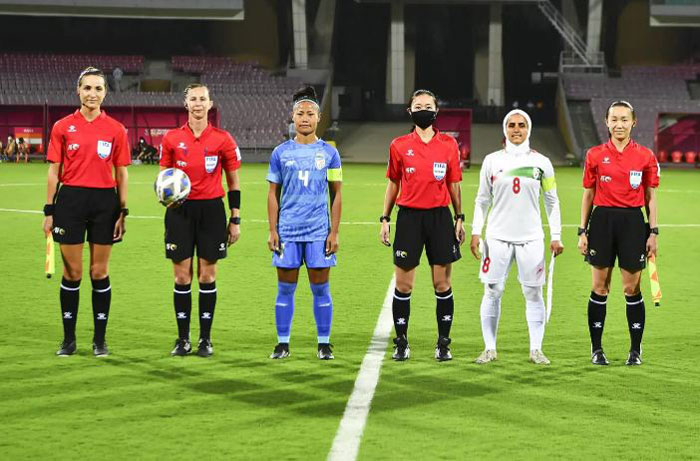 The Iranian women had the better of exchanges during the initial stages and even hit the Indian crossbar, but the Blue Tigresses managed to soak in the pressure, and went into the attack with intent, but failed to make the most of it – Iranian goalkeeper Koodaei’s reflexes also saving the day for her side.

The first chance fell to the tireless Indumathi in the 24th minute when the midfielder tried to dip in her half-volley from just outside the box, but it sailed over. In the 30th minute Indumathi was again in the thick of the action, sending in a cross from the right flank, but Manisha Kalyan’s header went out.

Spurred, Manisha India went all out. In the 30th minute even as Koodaei fumbled, Manisha’s attempt hit the jungle of legs before eventually being cleared by Motevalli. Pyari was presented with a gifted opportunity in the 34th minute but in her desperation to get the opening goal, she couldn’t manage to keep her tap-in within the frame, as both teams headed to the change room locked goalless. 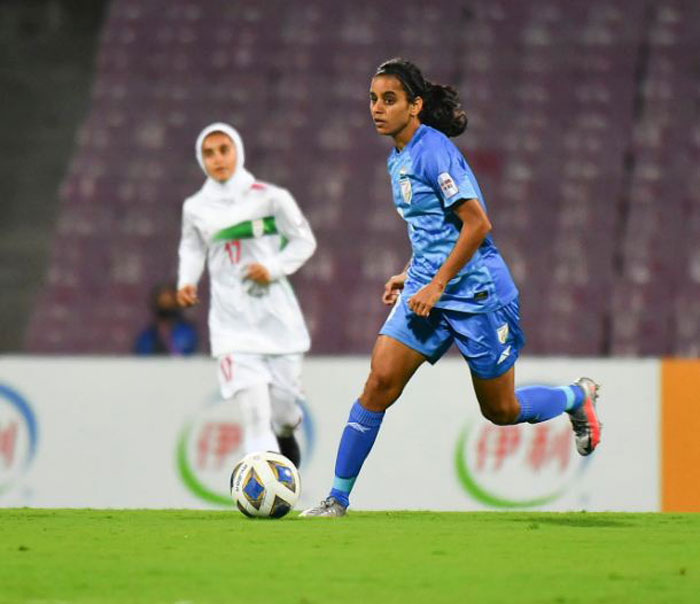 Changing over, India came out with more purpose and launched a barrage of attacks. In the 51st minute, Manisha sent the ball from the left to Pyari but the latter’s shot missed by a whisker.

Head Coach Thomas Dennerby made the first change in the 55th minute when Dangmei Grace came in place of Sandhiya on the right wing, and she had an immediate impact. Grace was able to hold on the ball, evade defenders, dribble past them, thus allowing more space for her teammates, and opening up the rival defence.

A series of opportunities came India’s way thereafter, but it was a story of so near yet so far. In the 56th minute, Pyari rose higher than all to meet Anju’s corner but it went wide much to the relief of Koodaei. A brilliant opportunity came in for the hosts in the 62nd minute. Indumathi was set up after a one-two with Pyari, and even as she entered the box, her try deflected off a corner.

The second change for India came in the 65th minute when Renu replaced Pyari Xaxa. Five minutes later, Manisha was flashed the yellow for her challenge on Negin Zandi. In the 76th minute, Sanju Yadav floated in a cross from the right flank and Grace, all in the clear, leapt high to head it addressed to the net. But much to her dismay, Koodaei came in from nowhere to keep it at bay. Dangmei tried to bury the rebound shot but it went wide.

In the last ten minutes of the game, India survived a scare when Zandi lobbed the ball over Aditi Chauhan inside the India box but the Indian defenders managed to thwart it. Dennerby made his last two substitutions in the 82nd minute as Shilky Devi came in place of Ratanbala Devi, and Sumati Kumari replaced Manisha respectively.

In the 90th minute, Grace found herself in the clear but even as she was all set to pull the trigger, a last-ditch tackle from behind saved Iran.