29.12.20: The second phase of transfer window will start from January 2021 when the clubs and the footballers will have the option to seek for a transfer in a new destination.


Meanwhile, ATK Mohun Bagan released wing back Ankit Mukherjee who was in a long term deal. According to the club sources Ankit was released as per mutual agreement. Ankit is likely to join SC East Bengal shortly. The central backs Rino Anto and Raju Gaikwad are in trail at SC East Bengal camp at Goa are likely to be included in the squad.


SC East Bengal released nine of their Indian footballers are in search of new footballers as their replacement.

Alberg played for Panionios in Greece, Elaziğspor Kulubü in Turkey, CSKA Sofia in Bulgaria and Philadelphia Union in the USA and a long time with Eredivisie, the top flight football league in Netherlands, with Excelsior and ADO Den Haag. Dutch attacking midfielder Alberg played for Roda JC in the 2020-21 season, registering eight goals and an assist in 15 appearances in the Eerste Divisie.

“I have played in many teams, in different countries around the world. But Hyderabad FC will be the first club in Asia for me and I cannot wait to get started. Our pre-season in Netherlands started in July and the season in August. I only missed a couple of games in the season, and played my last game on the 20th of December. So, I am fit and ready to go” said Alberg, after agreeing to switch to the Indian Super League.

25.12.20: Mohammedan Sporting Club appointed Sankarlal Chakraborty as Technical Director ahead of I League affter a series of discussion. He will be in change of the team as Jose Hevia will continue as the Head coach of the team. This was intimated by Mohammedan Sporting in a Press Release and was confirmed by Football Secretary Dipendu Biswas on Friday after consulting with General Secretary Sk. Wasim Akram.

Sankarlal Chakraborty had an experience of managing Mohun Bagan in the recent past independently as well as a deputy of Sanjay Sen. The former central defender managed Bhawnipur FC in the recently concluded I Legaue qualifers played at Kolkata.

While interacting with Mohammedan Sporting Club media, Sankarlal Chakraborty said, "When I got to the club, I met Wasim Akram and Dipendu Biswas. When I heard their ambition, I must say that I was really interested because it is an exciting challenge. They want so much for this club. It's a challenge and I like challenges. I hope to contribute to the success of Mohammedan Sporting Club. Football is about teamwork. I am really looking forward to working with coach Jose Hevia. I am going to support him with my knowledge and experience."

The I League is schudule to kick off at Kolkata from 10th of January onwards.

Jamal Bhuyan is an experienced footballer had 44 appearances for Bangladesh national team in competitions like the South Asian games as well as the SAFF Championship. He won two Bronze medals in the South Asian Games which he won in 2016 & 2019. He was also instrumental as the Bangladesh U-23 side qualified for the 2018 Asian Games.

Born in Denmark, Jamal started his youth career with Danish giants FC Copenhagen, before playing for Danish second division club Hellerup IK. He spent a couple of seasons playing in Europe before moving back to his home country in 2014 when he joined Sheikh Jamal Dhanmodi Club, playing for the club for two seasons between 2014-16. He later played for Sheikh Russel and Saif Sporting Club, and has won a couple of Bangladesh Premier League titles.

It is indeed an important signing for Mohammedan Sporting Club in I League which will going to commence from the 10th og January.

23.12.20: SC East Bengal released nine Indian footballers from the current squad ahead of January transfer window. It has been learnt that Balwant Singh, Samad Ali Mullick, Eugenson Lyndoh, Gurtej Singh, Md Irshad, Abhishek Ambekar, Rafiq Ali Sardar, CK Vineet and Anil Chavan are released and are free to join in any I League or ISL playing clubs during the transfer window.

SC East Bengal are having a tough time in their maiden appearance in Indian Super League. They are yet to taste a win even after the sixth round of play. The team management likely to replace some foreign footballers though the decision is yet to finalise. The Head coach of the team Robbie Fowler wants the number of footballers to be reduce within 27 footballers instead of 35 men squad which was at the initial stages.

12.12.20: Bright Enobakhare, the junior international footballer of Nigeria, likely to join SC East Bengal as their seventh foreign recruit. According to the sources, the necessary formalities with Enobakhare are almost finalised and he his likely to reach Goa shortly.


The 22 years old striker played for U 23 Nigerian national team, is a product of Wolves academy, played in loan for Kilmarnock FC in Scotland, Wigan Athletic and Coventry. Bright Enobakhare joined AEK Athens in August,but was released in October.


SC East Bengal officials were in search of a free footballer so that he can join the squad at the earliest and enter the bio-secure bubble after completing quarantine formalities.


SC East Bengal officials and team management are desperately looking for a positive striker in their squad as they are yet to score a single goal even after completing fourth round in their maiden entry in Indian Super League.

06.12.2020: Delhi based I-League side Sudeva FC confirmed the signing of young striker Shaiborlang Kharpan from Kerala Blasters FC on loan.

Kharpan made 10 appearances for Kerala Blasters FC Reserves where he scored 7 goals in the 2nd Division I-League. he also represent India U19 in 2014 AFC U-19 Championship.

Sudeva FC also signed forward Ajay Singh. Ajay started his career by winning the U-19 I-League with JCT U-19. He won the I-League 2013 with Churchill Brothers. He has also played for Mohammedan Sporting Club, FC Pune City & Southern Samity.

The player, who had represented him for the I-League second division and I-League Under-20 tournament, is the latest addition to Gokulam Kerala FC’s senior squad.

The winger was invited for trials and was able to impress GKFC’s Italian head coach Vincenzo Alberto Annese during the pre-season camp held at Kozhikode. Vincy has travelled to Kolkata as part of GKFC squad.

“I am really honoured by the interest shown by the club to sign me. I will do my best and will help the club win more trophies. Our focus is now on IFA Shield and we will give our 100 percent in the tournament,” said Vincy Barreto.

“Vincy is very young and skilled player. He has shown impressive skill and pace in the pre-season training. I believe he would be an asset to the club,” said Vincenzo Alberto Annese.

“Our philosophy is to promote young talents and we are happy that Vincy was able to impress the head coach during the pre-season camp at EMS Stadium. We wish all the best for his future,” said Gokulam Kerala FC chairman Gokulam Gopalan. 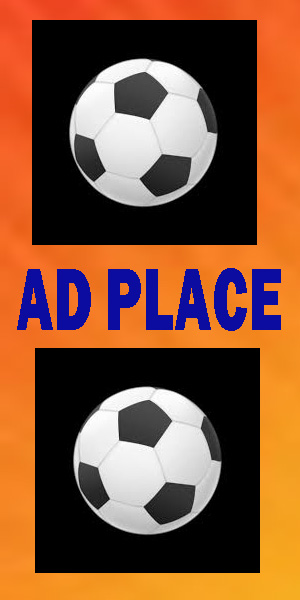